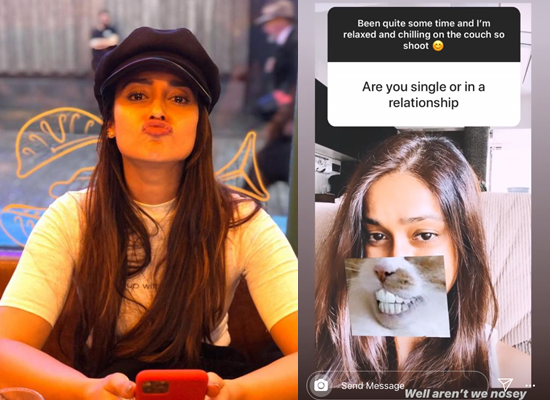 Ileana D'Cruz is one of the most active actresses on social media and her Instagram channel gives us a sneak-peek into her daily life.
Recently, Ileana was in a mood to intermingle with her admirers on Instagram and amidst a host of questions, one question that caught our attention was when a fan asked her about her relationship status as fan wrote, “Are you single or in a relationship?”. To this, Ileana had a rather sassy answer as she wrote, “Well, aren’t we nosey?”. Along with, Ileana also used an image of an animal’s nose and mouth to show her displeasure. As we all know that celebrities don’t like to be questioned about their relationship status and Ileana’s reply was rather a dig at most of the people who ask her this question.
On the film front, Ileana will be seen sharing screen space with Abhishek Bachchan in The Big Bull.