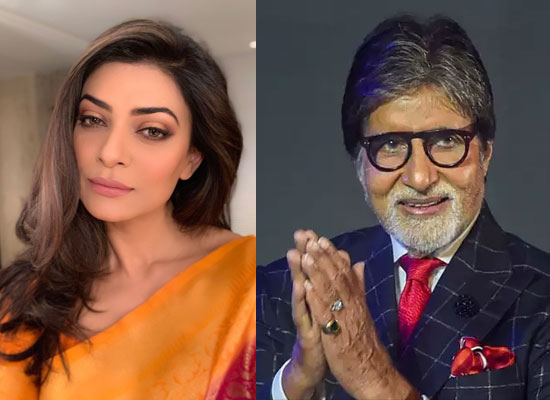 Bollywood star Sushmita Sen is one of the most active stars on social media. Now during a latest Twitter interaction with fans, Sushmita Sen was asked to describe Amitabh Bachchan in one word, as the fan questioned, “One word about @SrBachchan sir #AskAarya,” and to this, this Former Miss Universe told, “Legend.”
Also, during the session, Sushmita was asked about nepotism and as to how did she manage to survive in the industry without any godfather and to this, Sushmit had a rather savage reply as she revealed, “By focusing on my Audience...YOU GUYS!!! I will continue to work as an actor as long as YOU want to see me!! #simpleenough #AskAarya”