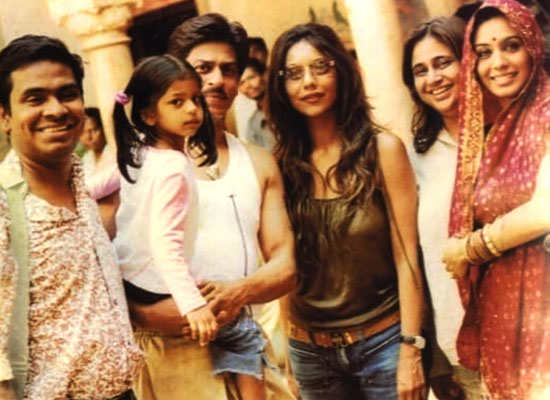 Shah Rukh Khan and Rani Mukerji have worked together in a couple of films such as Kuch Kuch Hota Hai, Paheli, Veer Zaara, Chalte Chalte, among others.
Recently, we received a loveable photograph of SRK and Rani from the sets of the 2005 film- Paheli, and what makes this photograph special is that we have Gauri Khan and Suhana Khan pose for a photograph with SRK and Rani on the sets. In the said photograph which was clicked on the sets of Paheli in Rajasthan, Shah Rukh Khan can be seen holding little Suhana in his arms while Gauri, Rani Mukerji and screenwriter Mushtaq Sheikh stand next to the megastar while posing for a photograph.